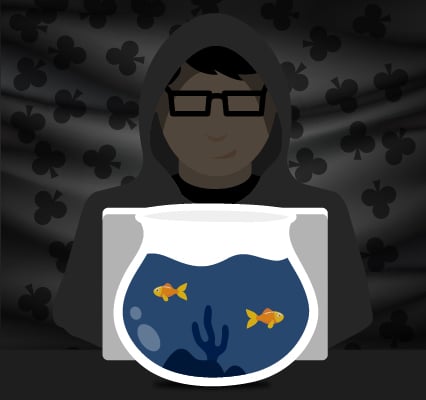 We’re Spending Most Our Lives Living in a Hacker’s Paradise.

Thanks to sitcoms like The Big Bang Theory (remember that episode where the guys get all excited because some guy in Japan is turning their lights on and off in their Pasadena apartment?), Silicon Valley and Black Mirror we are becoming more and more accustomed to the idea that hey, maybe there are people out there that know a whole lot more about the tech world than most of us.

Truth is very often stranger than fiction and, in what could’ve been the tech wizard’s time to shine in an Ocean’s movie, an innovative group of hackers took a particular interest in a Las Vegas casino’s fish tank.

You can imagine the plot to the movie. Danny Ocean rallies the crew together for yet another gentleman’s heist to relieve the bad guy of his worldly riches/artwork/property via his mega casino that has no perceivable weakness that they can exploit. Except for one. The brand new centre piece that helped to set the ambiance for the whole casino — the aquarium. 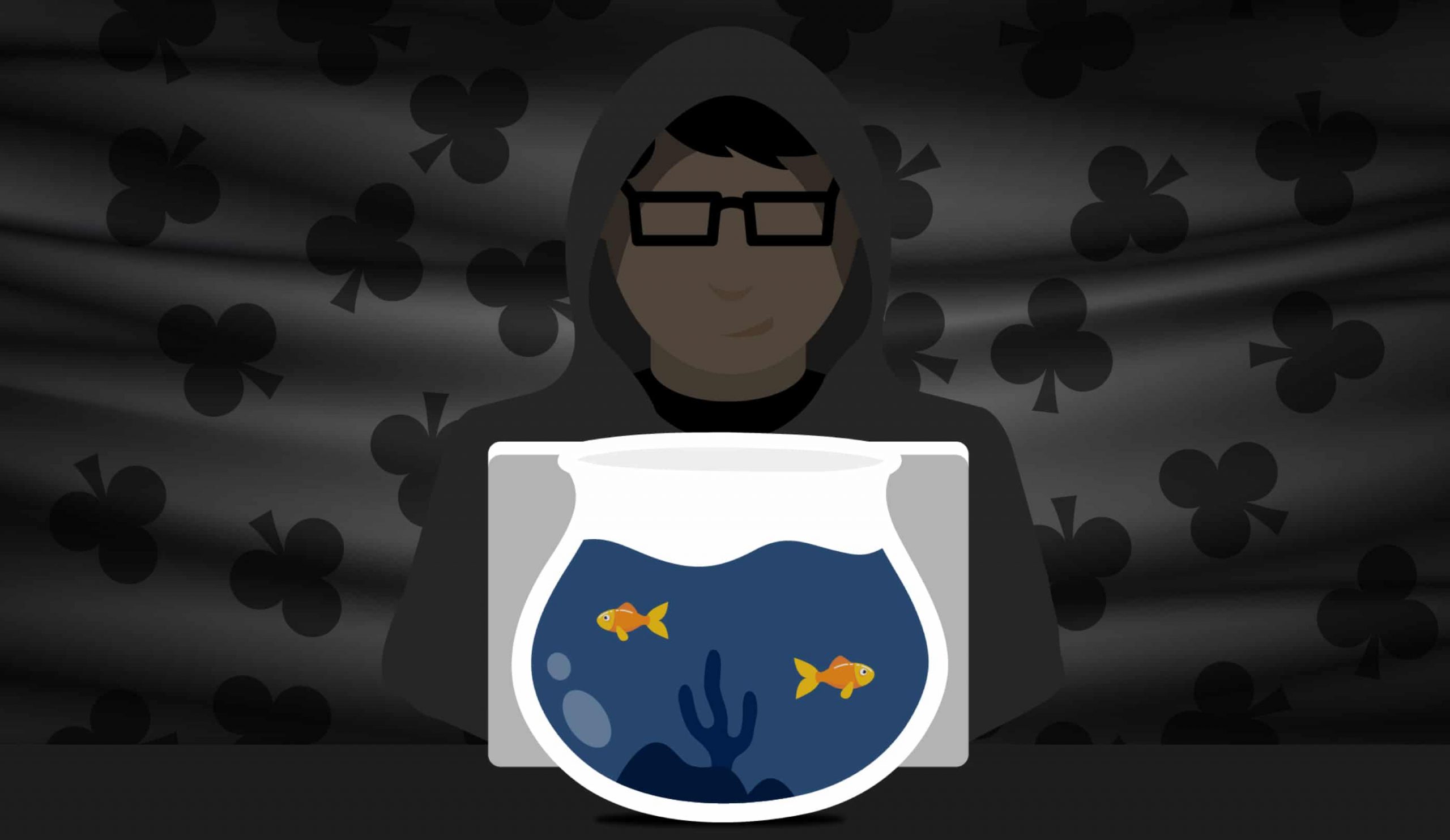 Despite sounding like a far-fetched plot from a Hollywood movie, this is exactly what happened.

The casino was water tight. The casino ensured it’s IT network was secure with security features such as a firewall and anti-virus software but unfortunately they failed to remember that flash new fish tank in the lobby.

The tank was connected to the computer system so that the temperature, lights and water quality could be changed and automatically monitored. The hackers realised that this was an easy way to get into the casino’s computer system and try their luck at obtaining the bank details of the casino’s elite members. They hacked into the aquarium.

Luckily for the casino they it had just signed with a new online security firm names Darktrace — a company where some of its co-founders, and many of its 650 employees, are former spies. They managed to find the breach and shut it down without any damage being done but Darktrace chief executive Nicole Eagan stated “as more and more electrical items are connected to the internet it is a hacker’s paradise out there”. 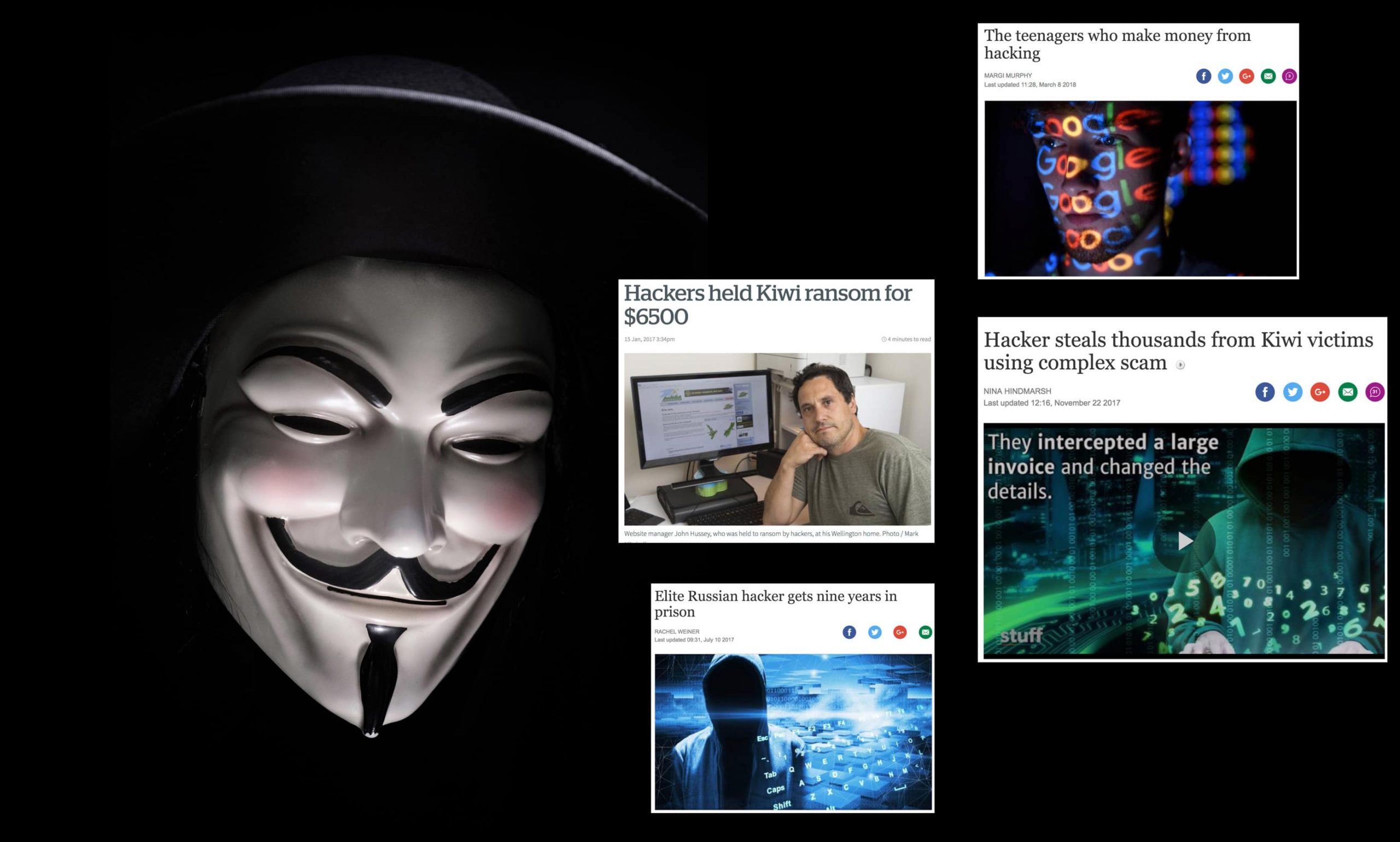 Hacking in the news

The news at the moment is rife with stories (maybe not so Hollywood-esque as the fish tank hackers) of cyber crime and hacking activity that has the potential to disrupt major companies and personal computers alike through the use of ransomware and many other crypto tools. We have the Russian / U.S Presidential election saga and more frequently companies across the globe are coming under fire from nation states such as North Korea and Iran.

Businesses owners in New Zealand can kid themselves into believing that this sort of crime only really happens in the United Stated and Europe. “No one is going to hack my Tauranga business’s website” they may say.

As NZ Herald journalist Morgan Tait states, “Kiwis are increasingly falling victim to cybercrimes that are growing in sophistication and volume, and specifically targeting the country.”

Kiwis were targeted with the second most ransomware attacks in the Southern Hemisphere and the fourth most social media scams in the Asia-Pacific region and ranked 21st globally for each. According to a Radio NZ report New Zealand experiences 108 cyber attacks per day.

So when it comes to protecting your New Zealand based website don’t bury your head in the sand and hope for the best. Ensure your site is safe and secure by performing weekly or monthly malware scans, monitor your site 24/7 and regularly back up your site.

If this sounds a little too tech-heavy then why not let the experts look after your site for you?

At Quentosity we ensure your site remains safe and secure so you can have the peace of mind knowing that your website will always remain operational.