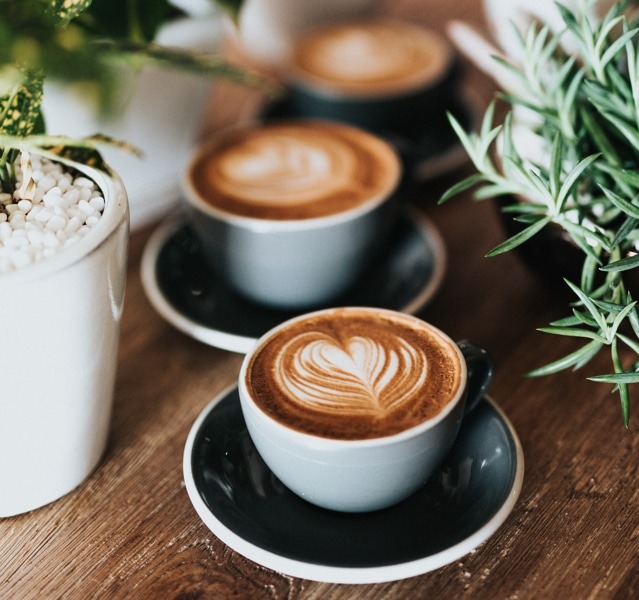 How Do They Make Decaffeinated Coffee?

As a digital marketing consultancy we drink a lot of coffee. Some would say an unhealthy amount of coffee but what do they even know anyway?

Michelle (PA and overall admin whizz woman) and Kelsey (doodler and graphic designer) practically consume their coffee via an intravenous and drink between 5-7 cups a day — each!

I guess that is the peril of having the incredible QCafe in the same building?
In an effort to cut down on my own (admittedly meagre) two-cups-a-day habit, I’ve discovered a dirty little world beginning with “D” that is frowned upon in the workplace — decaf.

Decaffeinated coffee sort of tricks your brain into thinking it’s had a caffeine hit when actually it’s all placebo.

Sure, the concept of decaffeinated coffee isn’t news to anyone, it’s been around for ages. But it got me thinking, how do they remove the caffeine from a coffee bean?

So I searched it up and here’s what I found via CoffeeConfidential.Org:

Oh dear, it seems explaining how they decaffeinate coffee isn’t going to be as simple as I thought!

According to CoffeeConfidential.Org there are four main ways to decaffeinate coffee today. They are the Indirect-Solvent Process, Direct-Solvent process, Swiss Water Process and Carbon Dioxide Process.

“This chemical-free water decaffeination process was pioneered in Switzerland in 1933 and developed as a commercially viable method of decaffeination by Coffex S.A. in 1980. In 1988 the Swiss Water Method was finally introduced to the market and its facility is based near Vancouver, British Columbia, Canada.” CoffeeConfidential.Org.

So how does this process decaffeinate coffee?

A batch of beans is soaked in very hot water which dissolves the caffeine. This water is then drawn off and passed through an “activated charcoal filter”. The porosity of the filter is sized to only capture larger caffeine molecules while allowing smaller oil and flavour molecules to pass through.

So now we are left with two tanks — one with beans that have no flavour and no caffeine, and the other with no beans but caffeine-free flavourful water (aka “green coffee extract”) in the other tank.

The flavourless caffeine-free beans are disposed off, but the flavourful water is reused to remove the caffeine from a fresh batch of coffee beans.

As CoffeeConfidential.Org state “since this water is already saturated with flavour ingredients the flavours in this fresh batch can’t dissolve; only caffeine moves from the coffee beans to the water. So the result is decaffeination without a massive loss of flavour.”

So there we have it! I hope you’ve found that helpful and that you can now sleep a little better knowing that the decaf conundrum is now solved.

If you find yourself pondering other seemingly unsolvable questions like “how do I rank my website higher on Google?“, “how do I increase my business’s profitability” or any other digital marketing and business mysteries then contact us here at Quentosity.

We are a digital marketing consultancy based in Tauranga (Papamoa to be precise) so if you want to take your business to the next level then contact us today via our website or give us a call on 0800 467 8932 to arrange a casual business chit chat.